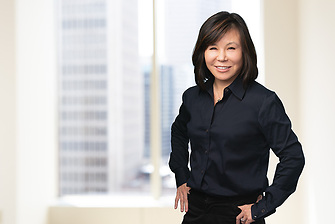 Jeannine previously served in the ABA IP Law Section Leadership as Chair of the Patent Litigation Committee and Chair of the ITC Committee and was selected as an Early Neutral Evaluator for the Northern District of California. She has also been a guest instructor for Notre Dame Law School's trial advocacy program and a judge for the mock trial and patent law programs at Stanford Law School.

• In the Matter of Certain Liquid Crystal Display Devices, Including Monitors, Televisions, and Modules, and Components Thereof
Obtained final determination of no violation as to all patents asserted by Thomson (formerly Technicolor) on behalf of Respondents Chimei InnoLux, InnoLux, and Chi Mei Optoelectronics USA in Section 337 Investigation, affirmed by Federal Circuit

• In the Matter of Certain Electronic Devices, Including Mobile Phones and Tablet Computers, and Components Thereof
Obtained initial determination of no violation as to intervened patents asserted by Nokia against HTC

"Sano knows how to make a major impact in any forum, including the ITC and PTAB, and has many notable successes to show for it."
– World’s Leading Patent Professionals IAM Patent 1000