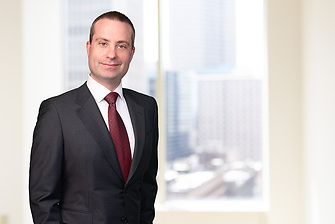 Eric Krause is a partner in the Intellectual Property Group at Axinn. He has handled patent and trade secret disputes in numerous district courts, the International Trade Commission, and the Patent Trial and Appeal Board. Eric is registered before the United States Patent and Trademark Office and is a former engineer working in the fields of system BIOS, system management, and emerging technologies.

In the Matter of Certain Liquid Crystal Display Devices, Including Monitors, Televisions, and Modules, and Components Thereof – Obtained final determination of no violation by the International Trade Commission as to all five asserted patents on behalf of Respondents Chimei InnoLux, InnoLux, and Chi Mei Optoelectronics USA, affirmed on appeal.

In the Matter of Certain Electronic Devices, Including Mobile Phones and Tablet Computers, and Components Thereof – Obtained initial determination of no violation of all patents asserted by Nokia against HTC in 337 Investigation involving mobile device technology on behalf of Intervenor Google.