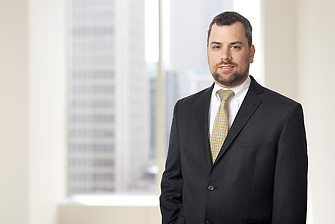 Russell was also the lead associate on the Axinn team that spent more than a year intensively counseling MasterCard’s board of directors in the lead-up to its 2006 IPO. The IPO transformed MasterCard from a membership association of banks into a publicly-traded company and marked an important milestone in the credit card industry, which had faced a wave of antitrust challenges to its prior structure.