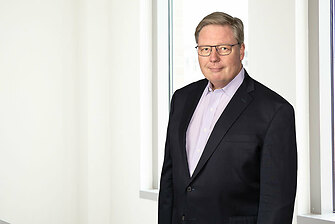 Over the course of his 24 years at Axinn, Mike Keeley has obtained antitrust clearance for large and complex strategic mergers, tried monopolization and patent jury cases, arbitrated international commercial disputes and, most importantly, developed relationships with some of the best companies in the world. Clients value Mike's business-oriented approach to transactions and commercial disputes and his ability and willingness to give quick and clear guidance. A substantial part of Mike's work involves the intersection of antitrust and intellectual property.

Mike also has an active litigation practice and he has litigated and tried to a jury or a court a range of antitrust cases around the country involving claims of monopolization, anti-competitive agreements and unlawful acquisitions.  This includes recent cases for Momenta Pharmaceuticals in a series of antitrust cases involving patent enforcement; Thales Group in dual patent litigations; Alvogen in a patent infringement and antitrust litigation regarding Indivior’s opioid dependency treatment drug Suboxone® Film and in the Generic Drugs MDL; and Tyson Foods in a putative antitrust class action litigation alleging a conspiracy to depress broiler grower pay.

"Michael is wonderful to work with. He takes a very practical approach and is always quick to respond."
– Chambers USA 2022