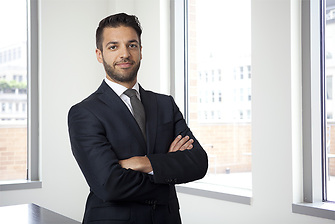 Trained in the EU and US, Daniel Bitton navigates Fortune 500 clients through antitrust litigation, government investigations and merger clearance processes across the globe. For a second consecutive year, Who's Who Legal named him one of the five "most highly regarded" Future Leaders in Competition in North America (2017 & 2018). He has also been named a Rising Star by both Super Lawyers and New York Law Journal. Daniel has earned high praise from clients for his role in resolving high-stakes competition matters, most recently including:

Clients and peers have referred to Daniel as "one of the most talented antitrust lawyers I know," "amazing at what [he does]," "an absolute pleasure to work with," "...gifted...when handling high-profile, international mergers," "He possesses excellent analytical ability with strong client skills and commercial awareness," and have called out Daniel’s "incredible work ethic," and "dedication, intensity and competence."

Prior to joining Axinn, Daniel interned at the Federal Trade Commission and served as an advisor to the Independent Post and Telecommunications Authority and the Netherlands Competition Authority, in The Hague, The Netherlands. In that capacity, he worked on matters involving bid-rigging and monopolization, as well as various regulatory matters, including disputes about fixed and mobile interconnection rates, cable-access and local loop unbundling.

Who's Who Legal ranked Daniel as one of the five "most highly regarded"
Future Leaders in Competition in North America.
(2017, 2018)

"Daniel Bitton is a 'very hard-working' lawyer who is endorsed for his 'excellent analytical ability, strong client skills and excellent commercial awareness.'"
– Who's Who Legal 2019

"Daniel Bitton impresses with his 'practical approach and in-depth knowledge' of competition law."
– Who's Who Legal Future Leaders 2018

"His handling of the multi-jurisdictional antitrust filings in Dell-EMC was the most efficient that I have seen."
– Who's Who Legal Future Leaders 2018