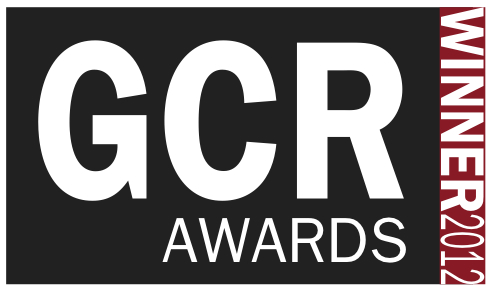 Global Competition Review readers have selected the firm, along with co-counsel Wilson Sonsini Goodrich & Rosati, as winners of the "Merger Control Matter of the Year – Americas" Award. Axinn and its co-counsel were chosen for their representation of Google in a $700 million acquisition of ITA Software. The award winner and two runners up were announced at the 2nd annual GCR Awards Dinner in Washington, DC on March 27th.

"Merger Control Matter of the Year – Americas" recognizes creative, strategic and innovative competition work on a landmark merger control matter in which the target was based in the Americas. A shortlist of finalists was compiled by editors at the publication, and GCR readers decided the winner through an online vote in March.  Axinn and four other law firms were selected from hundreds of entries across the U.S.

“The firm’s selection by readership of the world’s leading competition law and policy journal underscores the savvy, creative and tireless work Axinn attorneys deliver on behalf of our clients,” said founding partner Steve Axinn. “John Harkrider and Russell Steinthal’s leadership on this matter has raised the bar on competition thinking and antitrust advocacy in this country and elsewhere” he added.