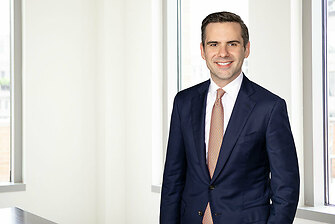 Bradley has represented clients in several of the most high-profile and complex antitrust litigations and deal reviews in recent memory. In addition to appearing in courts throughout the country, before the Department of Justice, and before the Federal Trade Commission, Bradley has represented major clients facing merger reviews by European, Brazilian, Chinese, Korean, Canadian, Mexican, and Japanese competition regulators.

In just the past year, Bradley has been trusted to help lead the defense of Google and Tyson Foods in high-profile complex antitrust litigations. Bradley also recently negotiated Tyson's successful resolution of another sprawling, multidistrict litigation, and helped Momenta Pharmaceuticals resolve years of contentious litigation regarding its blockbuster generic blood thinner enoxaparin with a positive result following a trial loss before Axinn was retained.

Bradley also maintains a significant practice securing antitrust clearance for major mergers. He was one of the key leaders responsible for obtaining clearance for Dow Chemical's merger with DuPont, one of the largest and most complex merger reviews ever, requiring approval in more than 20 jurisdictions.

In January 2022, Bradley was short-listed for Global Competition Review Lawyer of the Year – Under 40, an award given to "a competition lawyer under the age of 40 whose superior technical skill, practical judgement and excellence in client service in 2021 demonstrates that they are among the very best in the field."