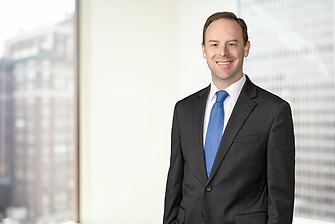 Dan has represented domestic and foreign corporate clients in international cartel investigations before the DOJ, the Canadian Competition Bureau, and European Commission. He also has significant experience leading merger, civil non-merger and other internal investigations.

In the merger context, Dan has worked on coordinating responses to several second requests and civil investigative demands by the FTC and DOJ. He has also represented multiple third parties in responding to government and party subpoenas and navigating the merger litigation.

Additionally, Dan has counseled many clients on a wide range of issues including analysis of potential mergers, transactions, business practices and antitrust compliance covering a wide range of industries including technology, advertising, distribution, agriculture, pharmaceuticals, automobile parts, health care, insurance, and others.

Prior to attending law school, Dan worked as a managing analyst for Compass Lexecon. While there, he consulted on mergers and antitrust matters involving allegations of attempted monopolization, vertical restraints, price fixing, and market allocation as well as damages estimation. His consulting experience touched several industries including high technology composites, supermarkets, newspapers, spirits, and movie theaters.

In law school, Dan completed internships at both the Antitrust Division of the Department of Justice (DOJ) and the Federal Trade Commission (FTC). During this time, he assisted in pre-merger investigations, evaluated Hart-Scott-Rodino filings, and aided the investigation of Section 2 claims in the technology sector.