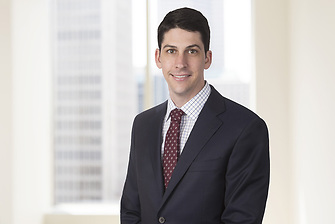 Steven Lavender is an antitrust associate in Axinn’s Washington, DC office. Previously a lead attorney with the FTC, Steve has experience with merger clearance in a variety of industries, including pharmaceuticals and medical devices. Steve has conducted HSR Part II investigations, including drafting second requests, taking investigational hearings, obtaining third-party declarations, and drafting recommendations to the Commission. He has also litigated cases in Federal District Court and FTC Administrative Court, including taking and defending depositions, preparing witnesses for trial, and conducting witness examination at trial.

Steve was a law clerk to the office of former FTC Commissioner Joshua D. Wright. Prior to attending law school, Steve served as a Supply Officer in the United States Navy. He earned his JD from Antonin Scalia Law School at George Mason University, where he was one of ten students whose comments were selected for publication in the George Mason Law Review. He also holds a BA in Economics from Northwestern University.