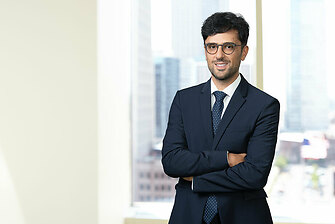 Mario Cistaro’s practice focuses on U.S. and European antitrust law, as well as intellectual property and unfair competition. Prior to joining Axinn, Mario was at the Antitrust Bureau of the New York State Office of the Attorney General, where he assisted in litigation of monopolization cases in pharmaceutical and digital markets as well as investigations of cooperative agreements and mergers in the airline and health care sectors.

Before joining the NYSAG, Mario was an associate at Hogan Lovells and Freshfields Bruckhaus Deringer in Europe. There, he regularly advised and represented multinational clients before the European Commission in antitrust clearance of international transactions and investigations of cartels and abuse of dominant position. He has substantive experience in a range of industries, such as telecommunication, banking, health care, audio-visual rights on sporting events and food manufacturing.

Mario is admitted to the Bar in New York and Italy.