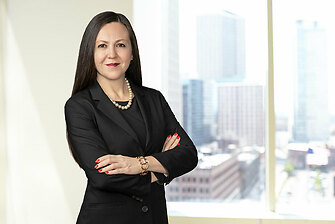 Koren Wong-Ervin is a recognized thought leader and has testified before Congress on domestic and international antitrust issues. She has more than eighteen years of experience, including representing defendants and plaintiffs in high-stakes litigations and representing technology companies in domestic and foreign investigations. Koren previously served at the Federal Trade Commission as an Attorney Advisor to Commissioner Joshua Wright and Counsel for Intellectual Property and International Antitrust.

Koren's scholarship has been cited by courts and the Department of Justice. She has authored over sixty articles, including on vertical mergers and restraints, acquisitions of potential competitors, consummated mergers, multisided platforms, the intersection of antitrust and intellectual property, incremental innovations or “product hopping,” optimal penalties, extraterritoriality, methodologies for calculating patent infringement damages, and international due process and convergence. Koren has also trained approximately 500 foreign judges and competition enforcers on antitrust law and economics, and spoken at over 150 domestic and international events.

• Defended Qualcomm against Broadcom’s hostile takeover attempt.
• Represented technology companies in a number of merger investigations before the Department of Justice and Federal Trade Commission.